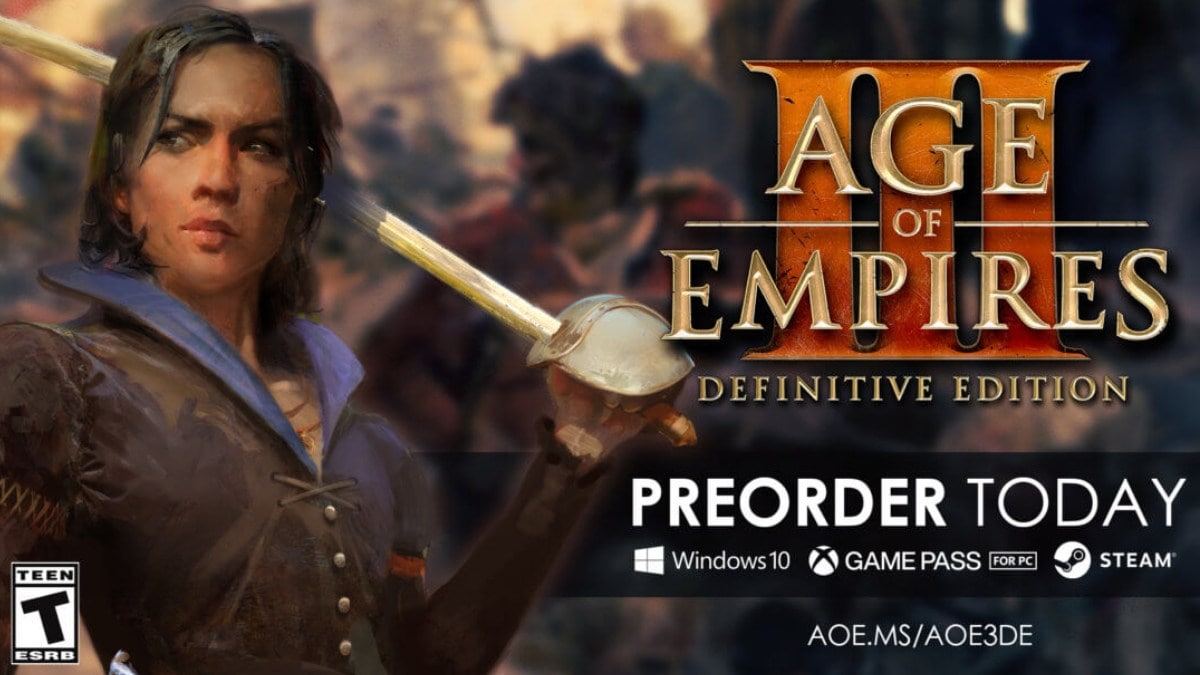 Age of Empires III: Definitive Edition has been officially revealed at Gamescom 2020. Featuring upgraded 4K graphics, enhanced audio and new game modes, the remastered title is set to be released on October 15. While the first two instalments from the iconic strategy trilogy have already been released in their Definite Edition-versions in 2018 and 2019, Microsoft is set to wrap up the series with the third title. The fourth instalment, Age of Empires IV, was also announced at the Xbox X019 event last year.

Age of Empires III, was released back in 2005, and has tasted great popularity over the years from fans and critics alike. Even today, it carries a Metascore of 81 percent and a User Score of 7.8 on Metacritic. Microsoft looks to cash in on the game’s cult appeal with Age of Empires III: Definitive Edition.

The title shows off its impressive upgrades in the new reveal trailer. “Rebuilt for a new age,” Age of Empires II: Definitive Edition boasts of 4K Ultra-HD graphics and enhanced audio to ensure an immersive experience. The worlds and characters appear much sharper in the trailer, along with visibly upgraded texture. The Definitive Edition will also feature a modernised UI with cross-play support for multiplayer battles.

Age of Empires III: Definitive Edition will also come with some new gameplay content. For starters, it will feature two completely new civilisations – the Incas and the Swedes. The trailer also revealed two new game modes – Historical Battles and Art of War.

Set to release on October 15, the game will be available to play on Xbox and PC. It has already been listed for pre-orders on Steam, priced at Rs. 529, and on the Microsoft Store, priced at Rs. 1,299. Alongside the remastered trilogy, the much-awaited Age of Empires IV was also announced at the Xbox X019 event last year along with the gameplay trailer. No official release date has been announced for the title.

Shayak Majumder
Shayak Majumder is Chief Sub Editor at Gadgets 360. A journalist since 2013, he has worked both on the field as well as behind the desk in several organisations including Indian Express Online and MSN. As a reporter, he covered a wide range of verticals, from politics to the development sector. While at Indian Express, he regularly reviewed video games, gaming hardware and the growth of MMORPG in India. He is also a passionate musician and a former trainer, currently working on his upcoming EP.
…More