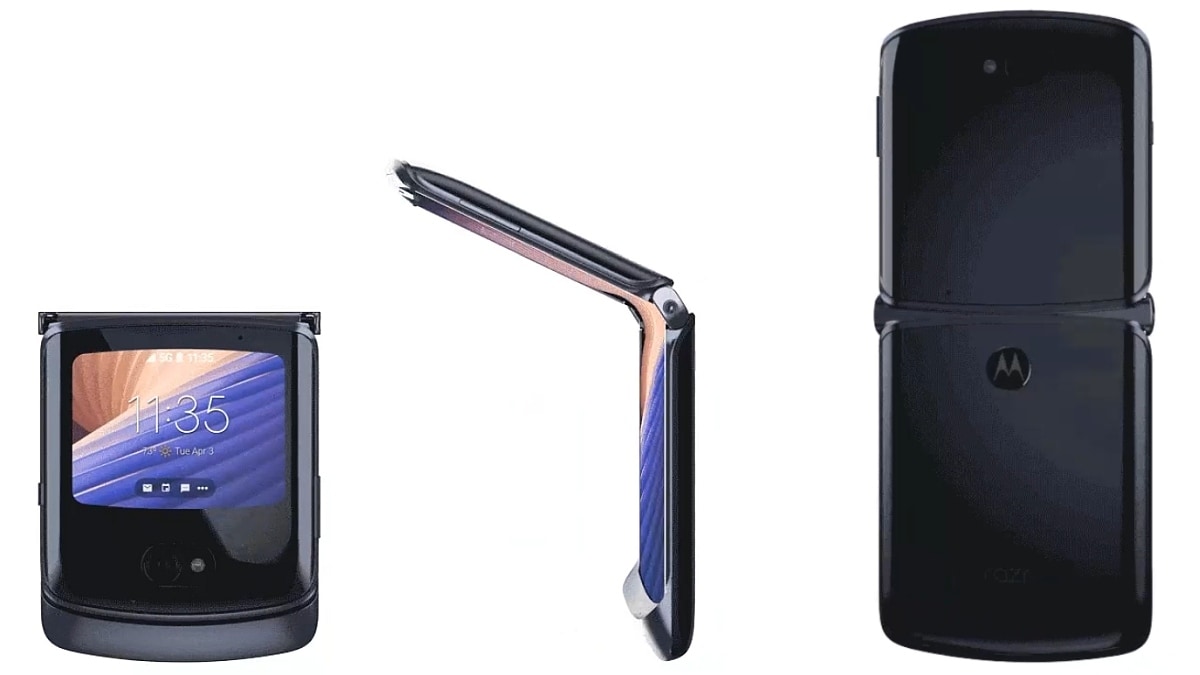 Motorola Razr 5G 360-degree video has been leaked, giving a clear look at the design of the smartphone. The rumoured Motorola’s successor to last year’s foldable phone the Motorola Razr. The next-generation foldable phone of the Lenova-owned company has been subject to a number of leaks in the past few weeks. It is expected to launch on September 9, when Motorola is hosting a virtual event.

Tipster Evan Blass shared a 360-degree render of Motorola’s flagship smartphone. The screen looks bigger than the Motorola Razrbut besides that, looks very similar to the older variant. The 5G is expected to be the biggest upgrade. The next-generation Motorola Razr seems to have smoothened out notches and gotten rid of the fingerprint sensor, as per the video.

Motorola Raze 5G will reportedly run on Android 10 and have a dual-SIM support. The phone will come with 8GB of RAM and 256GB of internal storage, as per reports. The foldable phone will have a dual camera setup with a 48-megapixel primary camera and a 20-megapixel secondary shooter. It is also rumoured to have a 2,845mAh battery and 18W fast charging.

So far, there has been no information regarding the possible pricing of the Motorola Razr 5G. It is possible that the phone will be launched on September 9, as the company sent out media invites for an event for the day. The description of the upcoming event reportedly said, “Getting ready to flip the smartphone experience once again.”