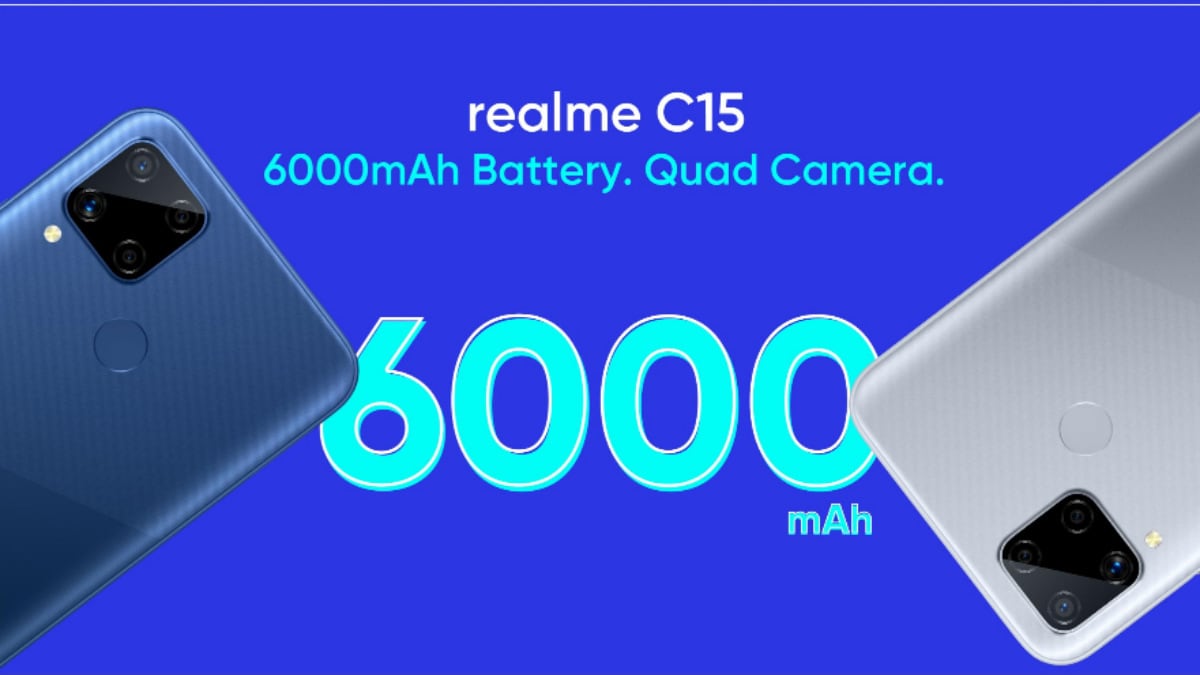 Realme C15 will soon be added to the company’s series of entry-level smartphones that offer good hardware at affordable prices. The phone that has already made its debut in Indonesia will be launched in India through a virtual event on August 18, at 12:30pm IST. Earlier, the phone was spotted on the company’s India support page, and Realme officially teased the phone through its India website recently. Along with the Realme C15, the company will also launch the Realme C12 at the event.

It can be speculated that the specifications of the Realme C15’s Indian variant will also likely be similar to its Indonesian version. The teaser that was released recently shows that the phone will come equipped with a quad rear camera setup and a 6,000mAh battery with 18W Quick Charge support. As per earlier leaks and reports, the phone may run on Android 10 with Realme UI on top. It is expected to sport a 6.5-inch HD+ display with 720×1,600 pixels resolution and 88.7 percent screen-to-body ratio.

The Indonesian version of the Realme C15 is powered by a MediaTek Helio G35 mobile platform, and the Indian variant is likely to have the same processor under the hood. The SoC is expected to be coupled with up to 4GB of RAM and up to 128GB of onboard storage with microSD card support for expansion.

As mentioned, the company will also launch the Realme C12, the successor to the Realme C11 that was launched in India with a price tag of Rs. 7,499 for the sole 2GB + 32GB storage configuration. It is expected that the Realme C12 may be priced slightly higher than its predecessor.