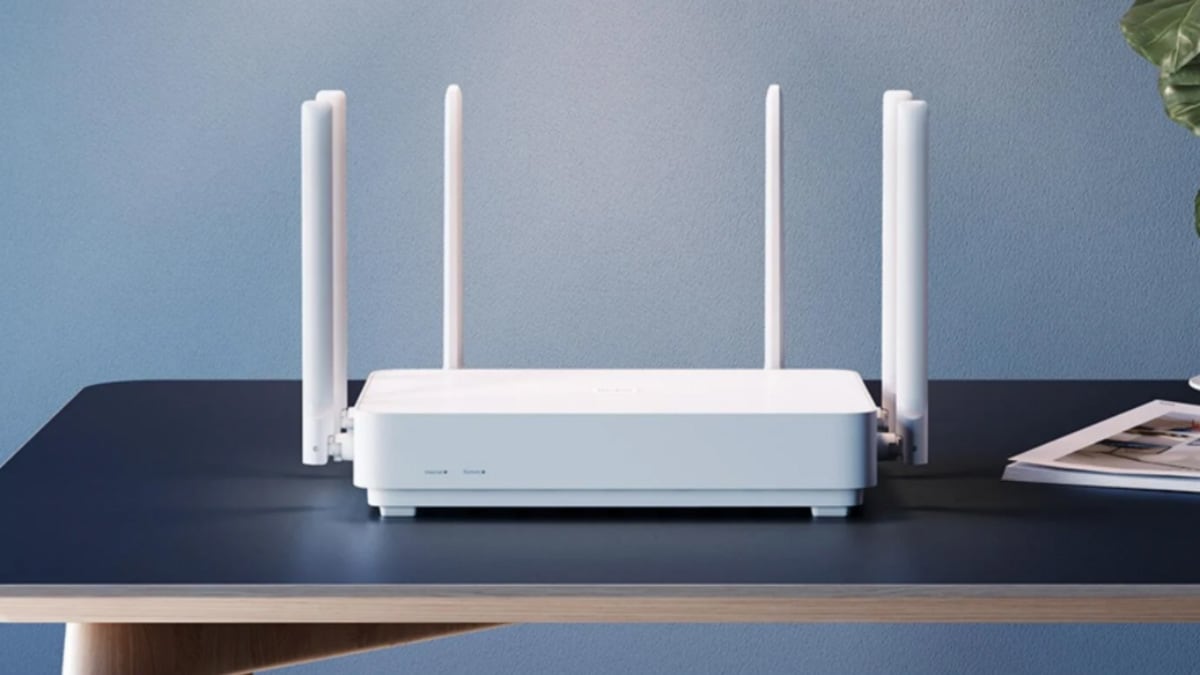 Redmi Router AX6 with Wi-Fi 6 support has been launched in China at CNY 399 (roughly Rs. 4,300). The successor to the Redmi Router AX5 from the Xiaomi sub-brand, this router reportedly has a six-core Qualcomm chipset, and comes with dual-band (2.4GHz and 5GHz) support. The router comes in white colour, and sports six antennas. It can reportedly support up to 248 devices connected with the router at the same time.

According to a report in Gizmochina, the Redmi Router AX6 with Wi-Fi 6 if offered in a single white colour option. It measures 320 x 320 x 55mm and weighs 0.95kg. Under the hood, the router has a six core Qualcomm chipset that is manufactured using a 14nm process. The processor included four Cortex-A53 cores clocked at 1.4GHz and dual-core NPU clocked at 1.7GHz.

The Redmi Router AX6 supports Wi-Fi 6 technology as well as has 2.4GHz and 5GHz dual-band support. According to Xiaomi, it can provide a concurrent wireless rate of up to 2976Mbps. There are six antennas on the device, which are claimed to increase the coverage by 50 percent. This router is a successor to the Redmi Router AX5, the Redmi Router AX6 can reportedly provide stable connections for up to 248 devices simultaneously.

Further, Redmi says that the router comes with Orthogonal Frequency-Division Multiple Access, or OFDMA, technology that enables the router to complete data transmission for eight devices in one transmission, as well as reduce network latency by more than 35 percent. The Redmi Router AX6 also features Mesh Hybrid networking so that users with big houses can stay connected everywhere in the house. The router also comes with a 3-month membership of Tencent Game Accelerator for online games.