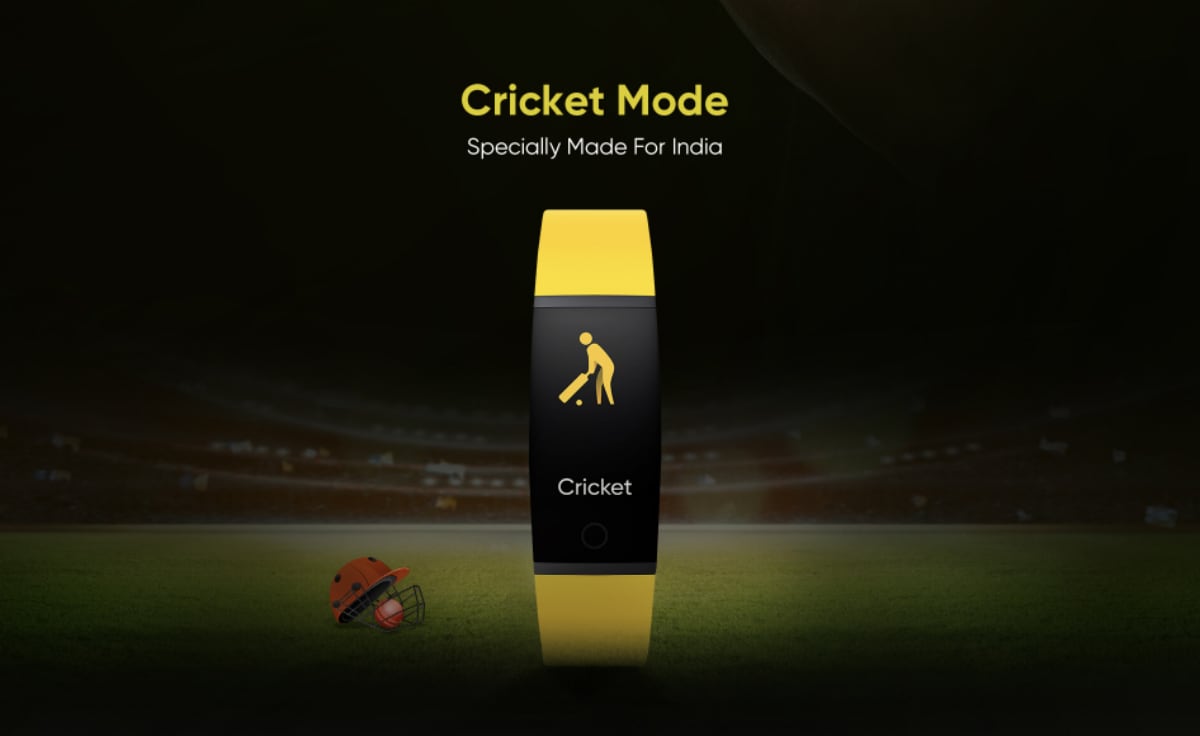 The first ever Realme fitness band is all set to be launched in India on March 5, alongside the Realme 6-series smartphones. The company has been revealing key features of the fitness band at sporadic intervals, and it has now updated its teaser page to reveal more features ahead of the launch. The new features teased on the updated page include various sports modes including cricket as well as sleep quality monitoring support and smart notifications. The Realme Band is seen to come with a built-in USB port to plug and charge without wires.

The Realme Band activity page has been updated in the run up to the launch to reveal more features about the company’s first fitness band. The Realme Band is listed to come with nine sports modes – biking, running, walking, hiking, climbing, yoga, fitness, spinning, and even cricket. The company says that the cricket mode is especially made for India, given that the sport is extremely popular in the country. It integrates a sleep quality monitor that measures deep and light sleep and will give you all the data via the paired app. The Realme Band also comes with a built-in USB Direct Charge port that allows users to just plug the capsule into any adapter to charge. The company claims that this eliminates the need for any wires while charging. The USB portion is hidden inside the silicone band, and it needs to be removed every time the need to charge arises.

The Realme Band also comes with smart notifications that show you calls, reminders, texts, and SMS messages. Users can choose to hang up on calls by long pressing the touch button. Lastly, the wearable is IP68 water resistant.

Past teasers have already confirmed that the Realme Band will come with a real-time heart rate monitor, and three band colour options – Yellow, Olive Green, and Black. The fitness band will sport a curved and colour display. Its pricing and availability details should be announced at the launch event on March 5. Realme India CEO Madhav Sheth has said that the Realme Band will be available for purchase through a “Hate-to-wait” sale soon after the launch event.

Tasneem Akolawala
When not expelling tech wisdom, Tasneem feeds on good stories that strike on all those emotional chords. She loves road trips, a good laugh, and interesting people. She binges on movies, sitcoms, food, books, and DIY videos.
More