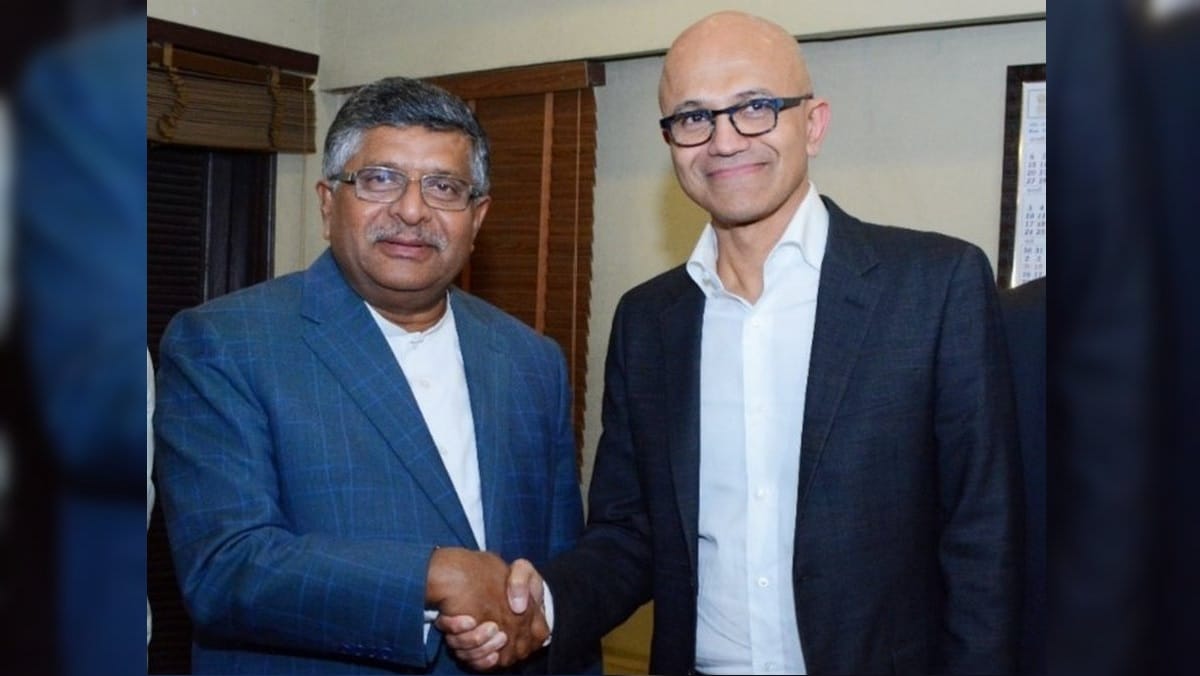 Microsoft CEO Satya Nadella on Wednesday discussed on a range of issues including data sovereignty and Digital India with Union IT Minister Ravi Shankar Prasad.

Speaking to reporters here after his meeting with Nadella, IT Minister Prasad said that it was a courtesy meeting which went “very good”.

“We talked on issue of data sovereignty which is a work in progress,” he said, adding that Digital India was also discussed among several issues in the IT segment.

Data sovereignty and data localisation have been major subjects of debate with the government having introduced the Personal Data Protection Bill in the Parliament last year.

Data sovereignty and localisation have been a matter of concern and major technology companies which are mostly based out of India and store data outside the country.

“We discussed a whole range of issues on IT, particularly i have offered to him… We have to establish one lakh digital villages. He can consider adopting some of these digital villages and mentoring it to become a beacon for others to follow,” he said.